Creating A Digital World in 1979 for "Winter Kills"

In 1979, novice director William Richert assembled an all star cast to bring to life a political black comedy, based on the book by Richard Condon [The Manchurian Candidate], that fictionalized the conspiracy theories that surrounded the assassination of President John F. Kennedy. With cinematography by Vilmos Zsigmond and production design by Robert Boyle, Winter Kills received positive reviews upon its release, but did not initially find financial success. The production was plagued by financial trouble and had to be shut down three times for going over budget. However, many who worked on the film found it to be some of the best creative work they ever did.

Harold Michelson created the storyboards and designs for miniatures to be used by the production on some of its most challenging scenes.

"He [Harold] was working as one of the illustrators on the film [ Winter Kills], and Bob Boyle was the production designer. In the story, there is a man named Cerruti [Anthony Perkins], who collects all the information in the world there is on everybody, so the richest man in the world, his boss [John Huston], can have whatever he needs to know about everybody in the world. One of the concepts that Harold came up with is the idea that all this [data] storage was put into a silo that is mechanically retrieved by mechanical arms and things like that. This was way before the cloud and any other kind of digital memory thing existed." 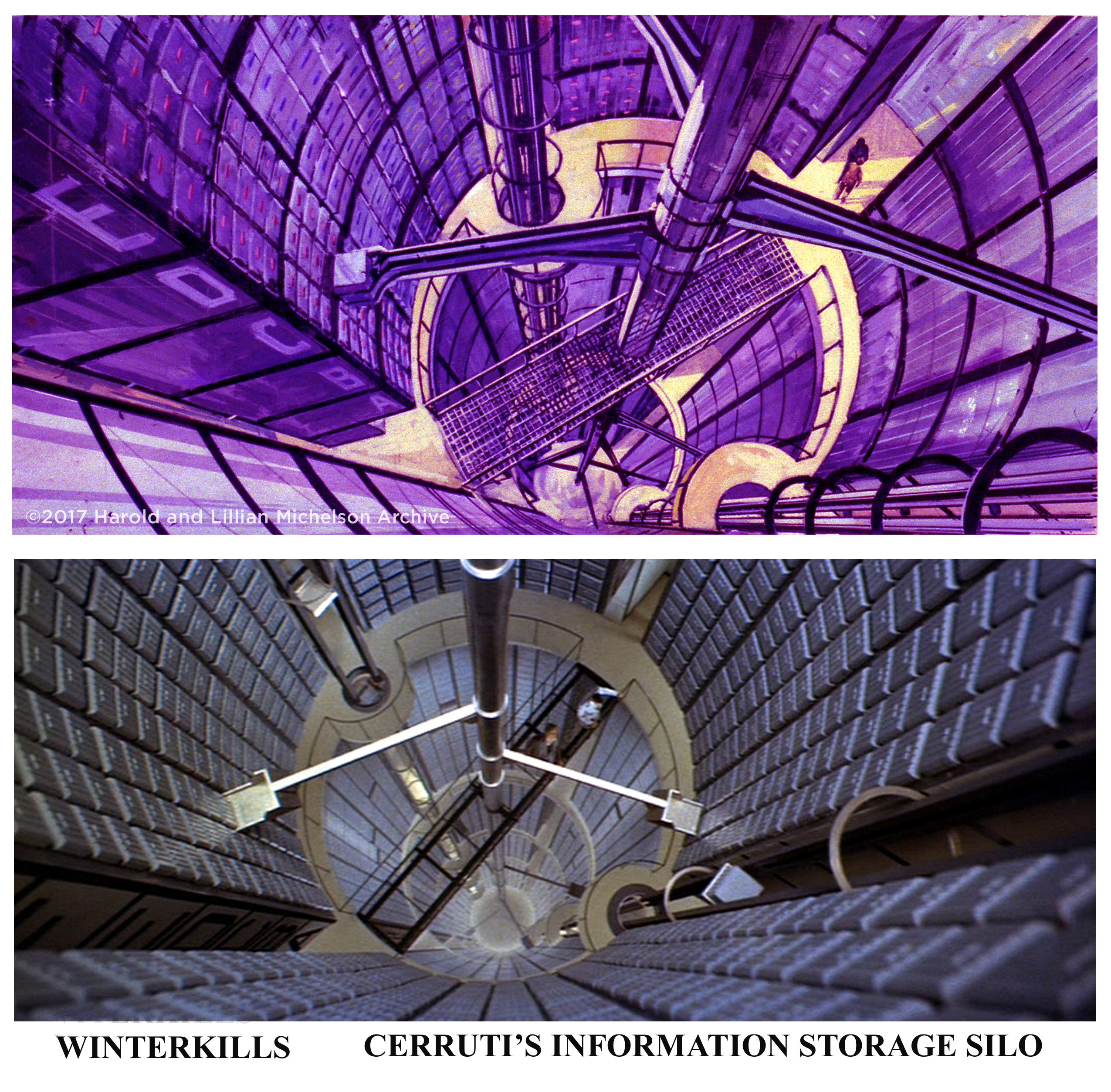 "The way Harold saw that this set could be built and the scene could be done, was this top part was actually a miniature that would be hanging close to the camera. The camera was to be up in the rafters of the soundstage, looking straight down. And then there was the pathway that they walked that was a ramp and a bridge that went across the middle. That was actual full-sized, and it was on a platform about ten feet above the stage floor. The actors could walk on that and look up into the miniature, and it'll look like they were looking up the silo. The lower part of the silo, Harold conceived, would be a painting. It's a backing painted on canvas. The perspective has to be exactly right. It all lined up so that it looked like it was a tremendous long tube with the actors down here performing. We put it all together, and it ends up looking like this in the movie, which is just like the painting, which is part of the magic of Harold, that he can conceive this and tell us exactly what to do to get exactly this shot."

Below is an image of how the miniature worked on set and a video of clip of the scene from the film where you can see how Harold's idea worked. 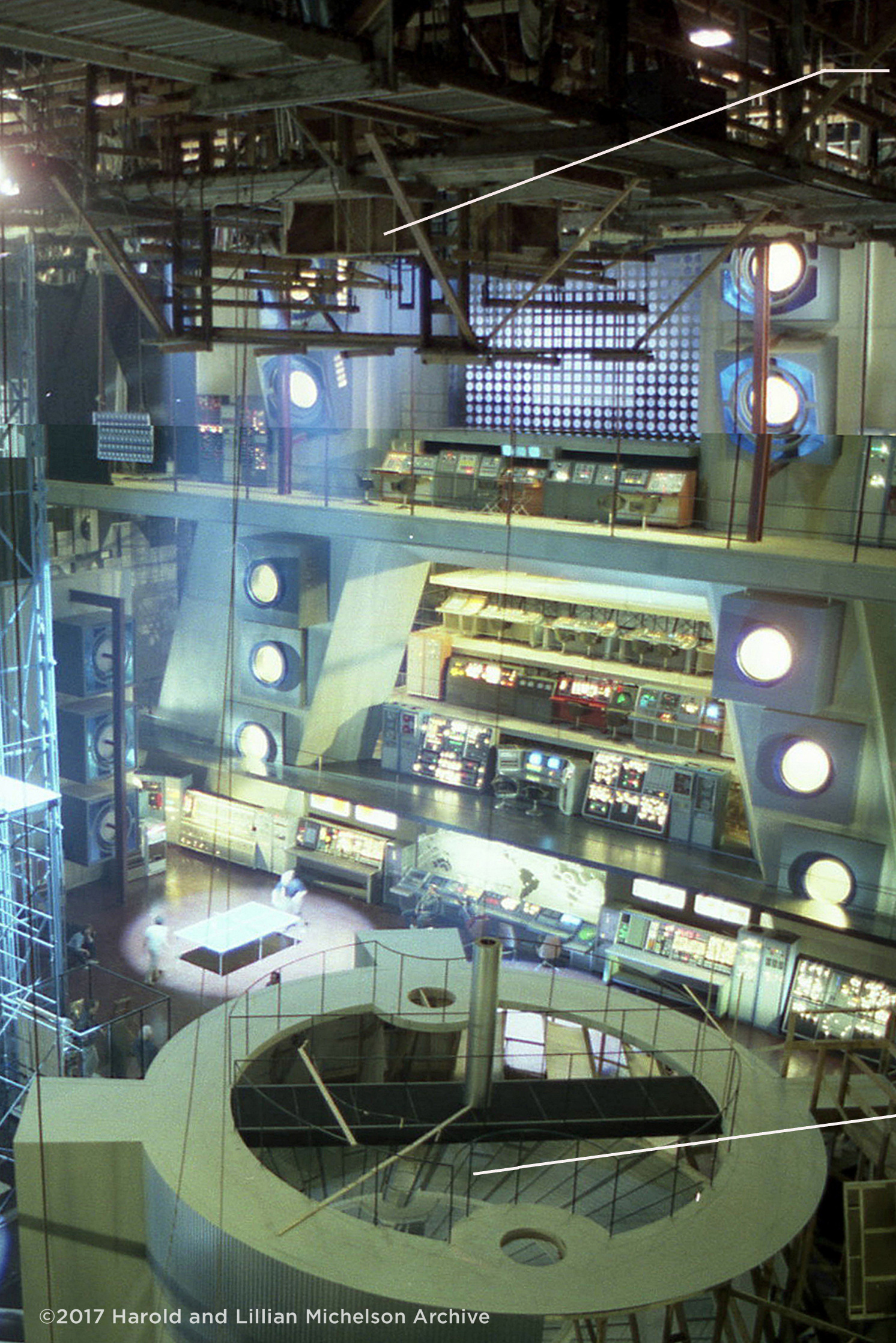